The B-Pian Upright is a bad, old, out of tune, mecanically unperfect but still usable upright piano. After watching a movie (we won't say which one) scene with a guy playing on an old upright and hearing what clearly was a 9 foot grand, we decided that it was time to produce that sound everybody knows, the sound of the piano you played on when you started learning the piano, the one that you were at your friends place and is taking dust and that goes out of tune in two weeks. 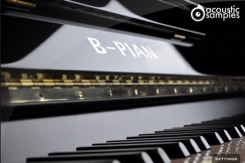 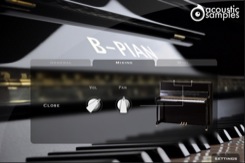 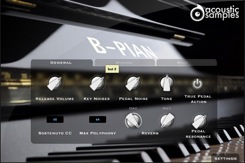 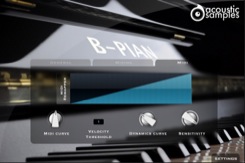 - 502Mb, 166 samples.
- 3 Velocity layers for the sustain.
- 3 Velocities for the release.
- Pedal down resonance and true pedal action.
- Key noises samples.
- Sustain pedal noises (up and down), triggered automatically.
- Advanced UVI scripting giving you access to a simple yet powerfull interface and advanced features.

The Following End User License Agreement is included with B-PIAN. This License is only valid for the individual who has purchased an unopened, new and lawfully made copy of B-PIAN from a dealer or distributor authorized by Big Fish Audio.