Conjure a complete universe of sound that evolves from darkness and trepidation to hope and promise with one of Gothic Instruments’ most versatile DRONAR modules released to date – DRONAR World Flutes.

With preset categories ranging from Horror, Fear and Dark to Dreamlike, Inspirational and more, DRONAR World Flutes is an essential, flexible resource for composers of movie, tv and video game soundtracks, as well as ambient music producers.

DRONAR World Flutes is designed to work with the full version of Native Instruments Kontakt 5.8.0 and higher, with snapshot presets that make loading times and preset auditioning faster.

The Chinese dizi, Irish whistle, ocarina and pan pipes in DRONAR World Flutes were recorded by musician William Arnold who creates evocative, emotional, and expressive leads and background textures for TV and film using his voice and a variety of flutes from across the globe.

The result of his work with Gothic Instruments is a rich tapestry of sounds that can vary widely in mood and style. From supernatural soundscapes to evolving rhythmic textures and pulsating pads, your listeners will be taken on a stirring journey brimming with drama and emotion.

In William's own words, here's a little more detail about the instruments he recorded...

Bass flute - an octave below most other flutes, the bass flute adds lower tones with a rich, warm sound. In addition to playing with and without natural vibrato, I played each sampled note while humming.

Dizi - a traditional Chinese bamboo flute with seven open holes. I played this flute with and without vibrato and while humming.

Low Whistle - the much bigger brother of a traditional Irish penny whistle. One of the interesting ways I played this instrument was with finger vibrato, which involves wiggling a finger over an open hole. This does not really change the pitch, but creates a rapid fluctuation in the timbre of the note. I also created some special FX with this instrument by playing just the mouth piece, by creating gurgling noises through just the body of the flute, and by randomly slapping my palm against one end of the flute

Ocarina - a kind of vessel flute that is found in many cultures. This instrument was made popular by the Legend of Zelda: Ocarina of Time. It has a distinctive, pure sound.

Recorders - I used various recorders for some of the samples, including tenor, garklein (a small recorder), and a tiny plastic instrument that someone gave away as a party favour.

Pan Flute - a row of closed tubes gradually increasing in length. Rather than closing off holes with your fingers, as in most flutes, each tube is a separate note.

Flutter Tongue - another technique I used to play some of the flutes. This involves rolling the tongue while playing.

"These flute samples have an organic, earthy tone, with various combinations of overtones depending on the instrument. I like to think that flute playing is very connected to human breath and in that way are very much like singing. One can imagine drones created from these flute samples having a very human feeling to them that is unlike sounds created using synthesis alone.

I thoroughly enjoyed the challenge of playing my beloved flutes in various creative ways. I hope these sounds, when combined with the amazing capabilities of the Dronar engine, will inspire composers to embark on many a new sonic journey!" 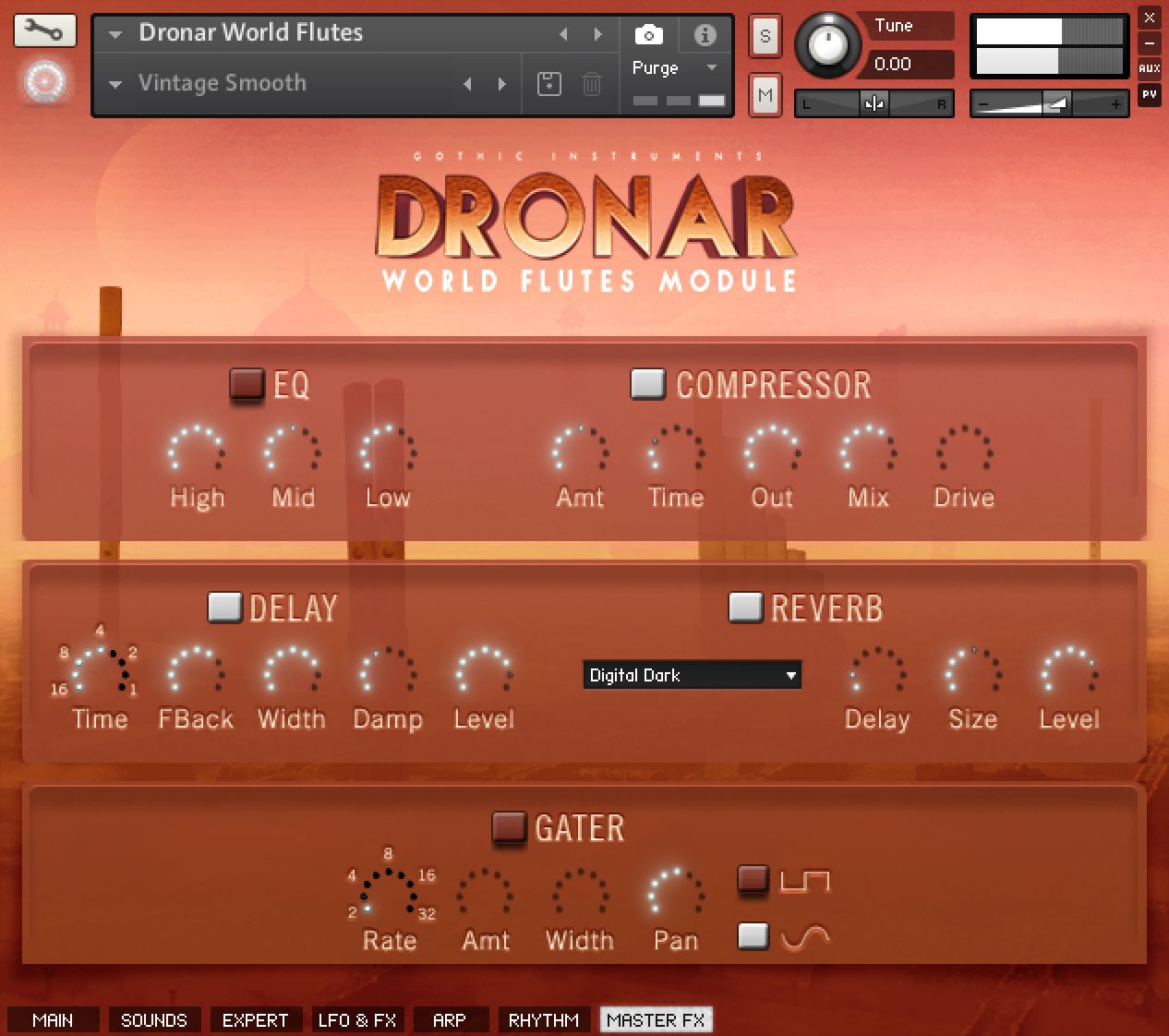 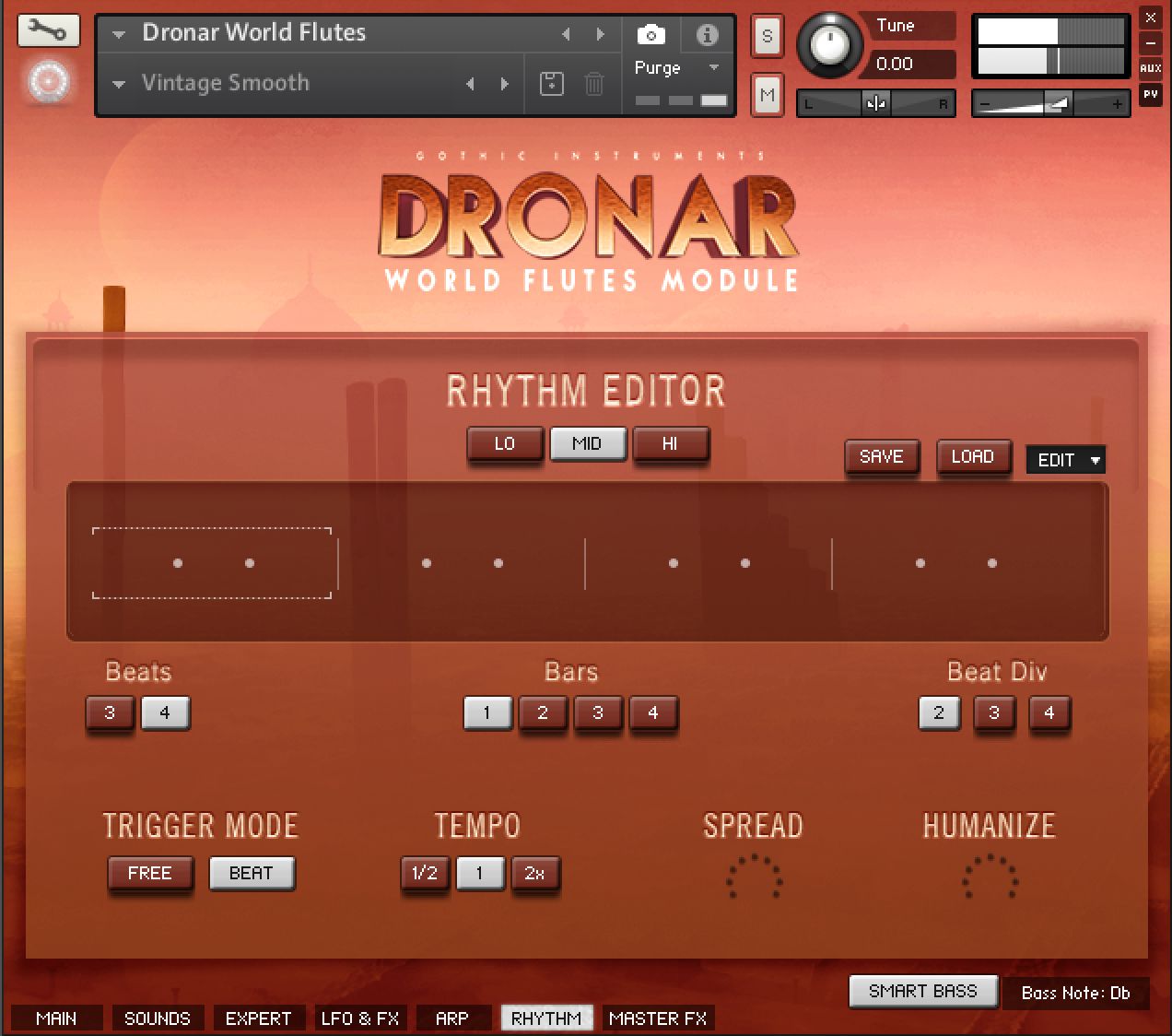 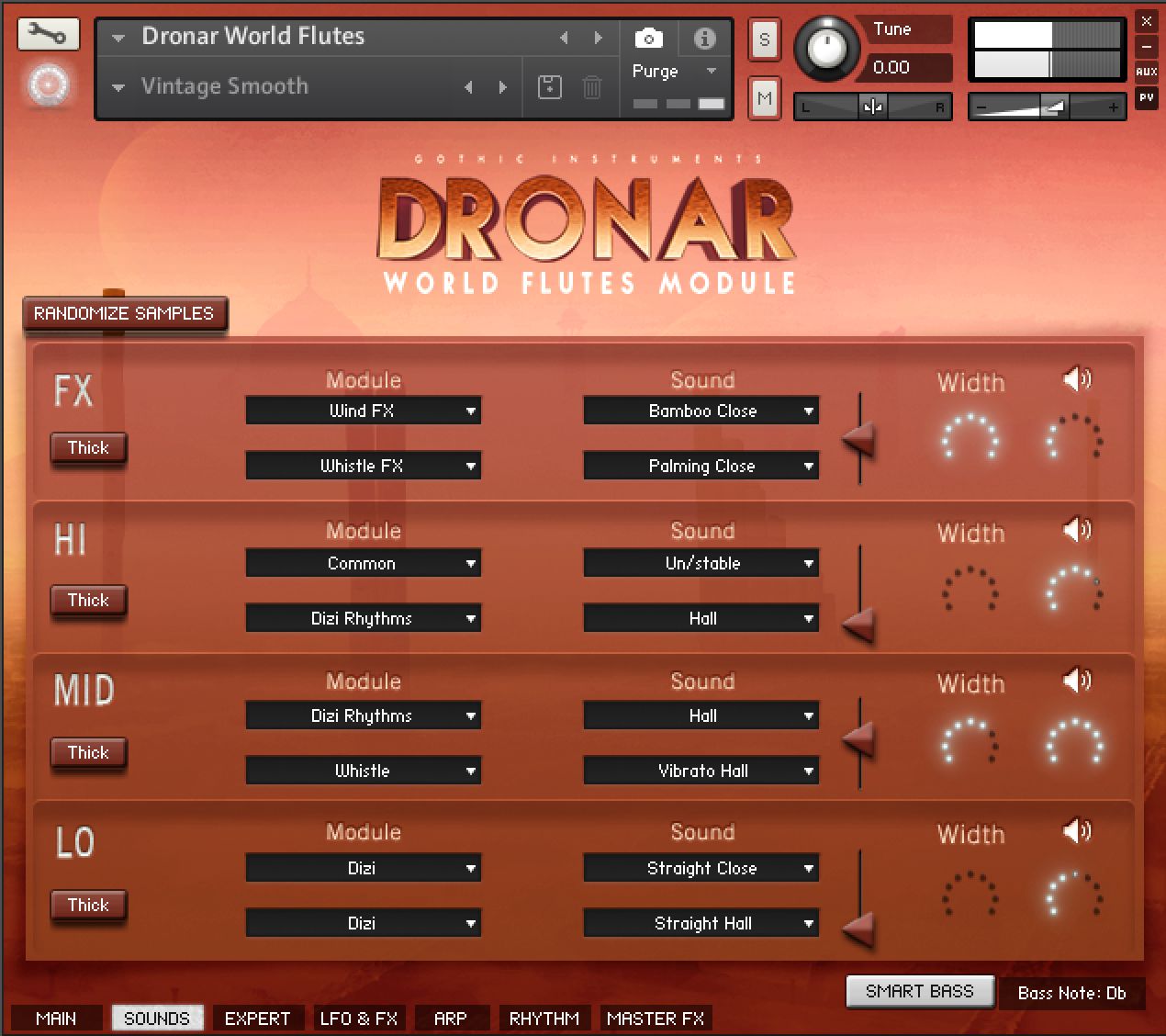