A New Breed
In the late 80's and early 90's the synthesizer landscape began to change. A new breed of keyboards began appearing in shops, records and on stage; matte black behemoths eschewing the familiar knob arrays for uniform clusters of discrete buttons and glowing green LCD screens. They signaled more than a shift in interaction with our musical counterparts, they ushered in the era of the digital synth.

To those willing to forgo the immediacy and ease-of-editing of the analog synth world these keyboards offered amazing features for the time; massive polyphony, extensive on-board sequencers and pattern memory, removable storage and digital effects. In addition to the immediate benefits of digital processing some of these keyboards also dawned innovative hybrid synthesis techniques, combining sample playback with classic methods allowing synthesists and musicians the opportunity to explore new sonic territory.

4 classics in a massive patch library
The possibilities with a few of these classics was more than we could bear and became the inspiration for our new project, Digital Synsations. We took 4 classic keyboards from the era and set our sound designers loose, tasking them to return with boundary-pushing sounds, and they did. Digital Synsations includes over 500 patches expertly programmed on a fully restored Yamaha SY77, Korg M1, Roland D50 and Ensoniq VFX, used by many of the greats including Depeche Mode, The Cure, Pet Shop Boys, Vangelis, Brian Eno, Toto, 808 State, Jean Michael Jarre and more.

Pristine sound, deeply editable
We deeply multi-sampled these custom patches using top-shelf equipment and edited them to perfection before sending them off for professional mastering. These sonics became the foundation for our new hybrid instrument and combined with the UVI Engine give you the true character of these classic synths with all of the peculiarities and programming by products intact. Not only that but you get them in an extremely easy to use and fast to edit environment complete with all the features you expect from a modern virtual instrument. 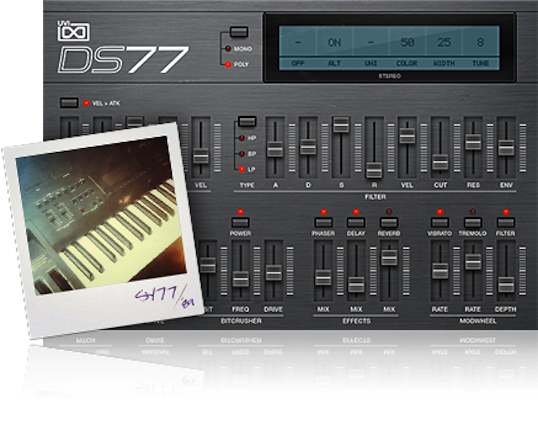 The SY77 combines next generation FM synthesis with 16-bit sampled sounds from internal memory or stored on removable ROM cards. The AFM engine on these synths allows you to freely apply filters and envelopes to any of the sampled sounds and then roll the resulting waveforms back into the FM algorithm prior to further filtering. This novel approach, dubbed RCM hybrid synthesis, can be used to yield extremely versatile sonic results. 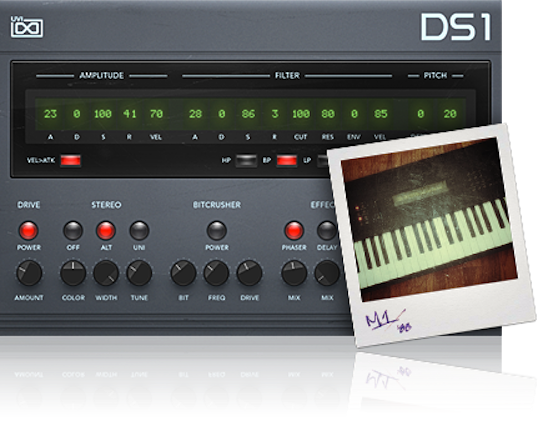 The M1 employs AI (Advanced Integrated) synthesis, a hybrid synthesis engine that allows the creation of sounds made up of 16-bit multisamples or harmonic tables generated from by digital analysis from sample data similar to additive synthesis. These methods can be employed in parallel for even greater sonic diversity. 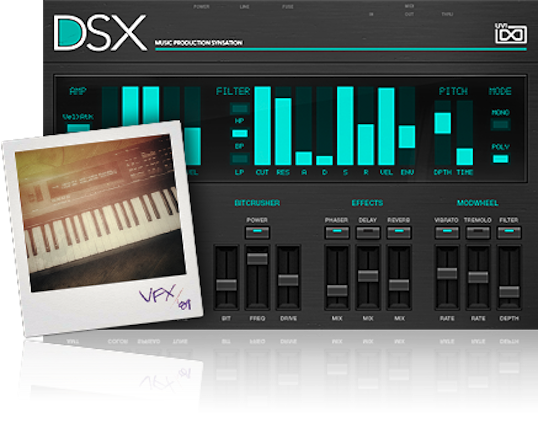 The VFX used a wavetable like synthesis method similar to that of the PPG Wave. Up to 6 waves can combined and layered into a single patch which feeds an impressive array of dual multi-mode filters, three 11-stage envelopes, an LFO and a 24-bit effects processor. Advanced parameter mapping allows up to 15 sources to be used for extremely complex modulations and sound shaping. 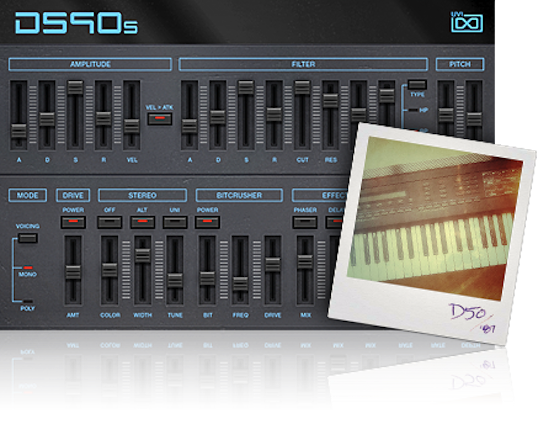 The D50 provided a purely digital signal path allowing the combination of 8-bit PCM samples with linear arithmetic synthesis to produce single hybrid sounds or complex cross modulations between the two. Furthermore you could layer two of these sounds together into a patch for a total of 4 digital OSCs. Each OSC could be independently programmed resulting in a remarkable variety of tonal possibilities.

The Following End User License Agreement is included with Digital Synsations. This License is only valid for the individual who has purchased an unopened, new and lawfully made copy of Digital Synsations from a dealer or distributor authorized by Big Fish Audio.