Your premium modern-day hard rock loop library has arrived. Hard Rock: Decade of Distortion is packed with some of the most highly sought after riffs, tones, sounds, melodies and drums, made popular by bands such as: Linkin Park, Korn, Foo Fighters, Deftones, Blink182, Offspring, Papa Roach, and many more! These 29 construction kits are packed with over 2.4 GB of original content (over 6 GB of WAV,REX, and Apple Loop formats) and 761 different loops. If you're in the market for unbelievably huge guitar tones, punchy and edgy drums, and deep and aggressive bass parts, then this is a must-have for you.

Many world class musicians were brought in to capture the exact tones and sounds you'd capture in a big budget Hard Rock studio recording. Producer, Ed Faris, is an award-winning engineer/composer and guitarist known for his cutting edge sounds and creative writing style, making him the driving force behind the popular band Adema.

Decade of Distortion also features some of rock music's most innovative and elite drummers with the hard hitting playing style of Matt Laug, who has toured and recorded with legendary guitarist, Slash, on his Snake Pit tour supporting AC/DC. Matt has recorded with Alanis Morissette, Alice Cooper, Christina Aguilera and more. Special guest drummer Mike Hansen, who has toured with Steve Vai and recently toured/recorded with George Lynch, brings his technical and creative approach to the project. And finally, the thunderous playing of seven-time Grammy nominee Nick Menza, known for his explosive drumming style he brought to one of rock music's most legendary bands, Megadeth.

This product is part of Big Fish Audio's KLI series, which includes a custom Kontakt interface. The Kontakt format features patches of each loop. Customize each loop with the "sliced loops" patches. The Sliced Loop patches lay out each individual slice of a loop across the keyboard, making it easy to create new and original custom parts. The "Kit Combos" allow you to arrange full construction kits quickly and easily with a custom mixer and a host of included fx. Create, arrange, tweak, and mix all within the Kontakt format.

The KLI version of this product has been updated to KLI 2.0 and comes in both Kontakt 4 and Kontakt 5 versions. For those with the full version of Kontakt 5, take advantage of the new high quality and extremely flexible new time stretching algorithm as well as a bunch of new included FX. 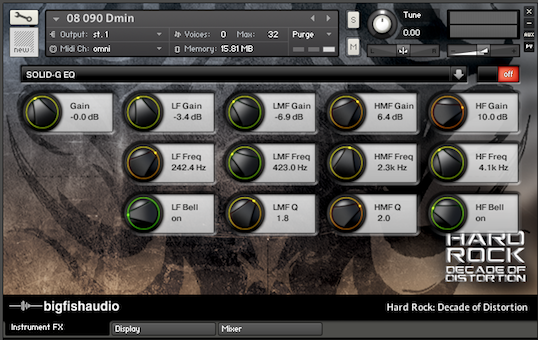 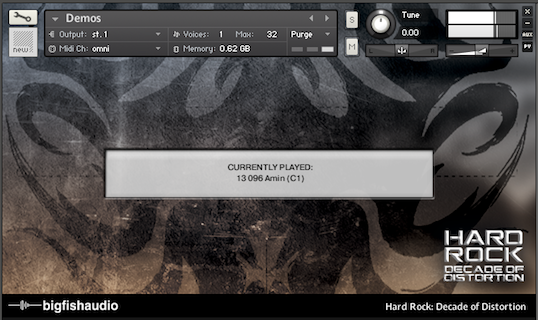 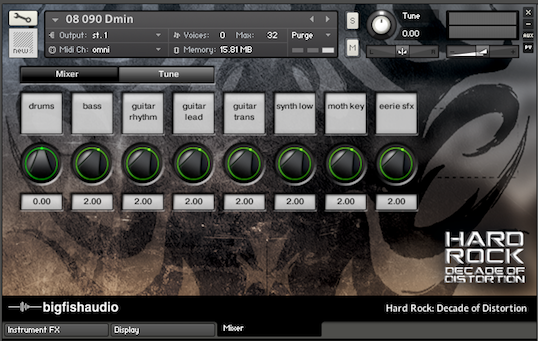 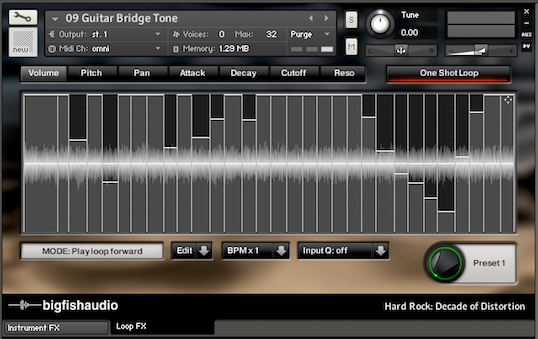 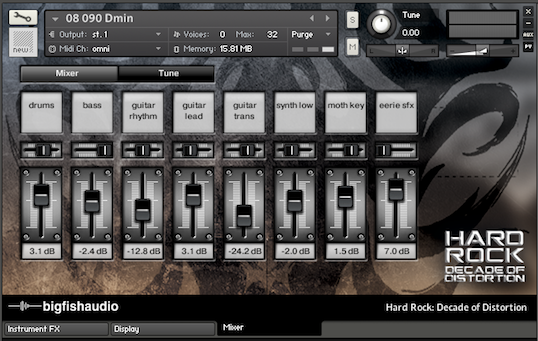 The full version of Kontakt 4.2 or higher is required to use the KLI version of this product

Free samplepack featuring one free kit of loops. This pack only contains a partial set of loops from the included kit. The full library contains various other loops and samples from the kit. This pack contains WAV, REX, and Apple Loop versions of each loop.